Dear urbaneer: Interest Rates In The 1980s And Now

Welcome to this month’s installment of Dear urbaneer, where we help our clients by addressing Toronto real estate issues that are perplexing them. This time around we help a reflective, but frustrated prospective first time homebuyer, who wonders if he’ll ever be able to access the market.

Growing up, even from a young age, I pictured myself following a similar life trajectory to the one my parents did. I’ve done everything I was supposed to do to be able to get my first home, including saving for years to accumulate a sizeable down payment, and pre-qualifying for a mortgage.

But after months of house hunting, including losing a bidding war, I’m beginning to wonder if it’s ever going to happen for me. Will I ever be able to live the kind of life my parents did, and offer my future offspring the same kind of lifestyle? It seems like I have more options available to me at my age than my parents did because interest rates are so low, yet home ownership keeps eluding me. When will the market let me in?

Knocking on the Market’s Door 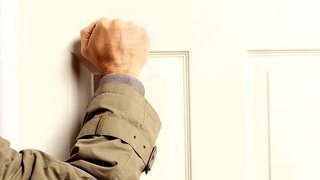 Dear Knocking on the Market’s Door:

Firstly, we hear you. We really, really hear you. This market is all about super highs and super lows. When you consider the compounding effects of missing out in bidding wars to secure your dream home successively, it can weigh you down.

And in terms of trying to live the way your parents did decades ago, while they may be sitting on top of a small real estate fortune now because of how values have grown over the years, things weren’t necessarily easy for them decades back either. A little perspective might bring you patience in your home search. While prices in the past were considerably less expensive than they are today, one also has to take into account the cost of borrowing into account. And let's just say interest rates were really really high in the 1980s.

Yup, the 1980s weren’t just about neon leg warmers, shoulder pads, and synth pop (although those were really cool). The 80s were also the time of monster interest rates – which was great if you were investing in interest-bearing investments – but positively crushing if you were borrowing to buy a house, which, chances are, your Baby Boomer parents or relatives were doing back then. The truth of the matter is that both your generation and that of your parents faced similar dilemmas – namely Interest Rates and Affordability – getting into the housing market. For you, it's navigating the rising cost of Toronto real estate, while, for your parents, it was the cost of borrowing the money to purchase Toronto real estate.

Here's a fascinating article recently published in the Globe and Mail called “Comparing Canada’s Housing Market With The High Rates Of 1981”.

I had to chuckle at Rob Carrick's description of 1981 as “the year mortgage rates reached levels that now seem like a plot of some oppressive force designed to terrify the population into submission.” It's an apt description of those dark [borrowing] days, when the working classes were forced – not unlike serfdom – to pay a painfully high penalty for their financial debts despite their efforts to achieve financial freedom.

Carrick examines, quite simply, scenarios of carrying a mortgage with 1981 mortgage rates in today’s market. He doesn't use any sort of economic acrobatics either; he simply plugs the figures into the Bank of Canada’s inflation calculator to keep it straight-forward. 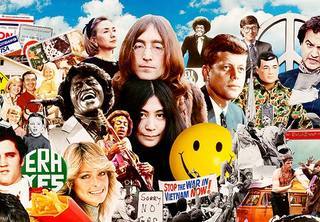 The analysis presents an interesting point of discussion. The Baby Boomers weathered huge interest rates, but had access to more affordable housing. The current generation of borrowers in the Toronto real estate market are able to borrow money at a bargain rate – pretty much the cheapest it's ever been – but ballooning housing prices (and all the associated costs including the Double Land Transfer Taxes) are impacting what we call The Affordability Crunch.

To give you some context: in 1981 – translated into 2015 inflation-adjusted dollars – the average home price in Canada was $198,094. A one-year mortgage rate back then was 19.75 per cent. With a 10 percent down payment (which was the minimum down payment back then), monthly payments for principal and interest would have been $2,914.

Fast forward to today: using similar numerical scenarios (a five-year rate instead of a one-year rate) the equivalent would be $1,880 a month.

The observation? Interest rates are as much a variable as Toronto real estate prices when it comes to housing affordability – both then, and now. 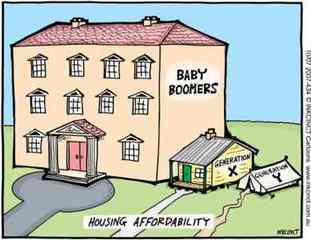 It's true that the Boomers who persevered through sky-high interest rates have seen their homes rise significantly in value over the decades (although let's not forget the Toronto real estate crash of 1989 to 1995 when real estate prices tumbled by as much as 30% and a lot of Boomers lost their homes and fortunes). For those who survived the crash and burn of the late 80s and early 90s (when interest rates, incidentally, were hovering around 12 per cent for a five year mortgage) now see interest rates decline to their current state – which many perceive as rock bottom.

As I write this, I feel the need to note that historically – except for the better part of the last 20 years – the Toronto real estate market has been cyclical, often in 7 to 10 year oscillations of ups and downs. Rising unemployment, an energy crisis, and twin peaks of inflation slammed real estate in the 70s, while high interest rates in the 80s dampened values. In the late 80s and early 90s the Toronto real estate market crashed due to both an over-speculation of condominiums and house price fatigue, when values shot up so fast and high that first time buyers collectively walked away from the market. From 1989 through the early 90s prices plummeted as much as 30% in value!

As a realtor who started his career the day the market crashed in 1989, I speak from experience when I say Buyers need to exercise caution. After all, it's easy to turn a blind eye to history when, for the past two decades, the Toronto real estate market has consistently increased in size and value (with the exception of 2008 when Toronto values flat-lined when the rest of the globe went through its Sub-Prime mortgage crisis). Having helped buyers and sellers navigate the market through its 3 year decline from 1989 to 1993 and then slowly recovered (which, may I say, entailed a completely different sets of negotiating skills), I admit I can be risk-adverse. But isn't having a realtor who demonstrates prudence a good thing? Here is a post from 2009 that offers a cautionary approach to real estate –> From Boom to Balance in the City of Toronto. Today, interest rates have a profound effect on the Toronto real estate market, pure and simple. Curiously, we seem to be redefining rock bottom in the interest rates on the market in quick succession, with two rate cuts this year alone! Rest assured, what goes down will go up eventually. For many it’s just a question of when. Given the fact that the Bank of Canada pulled another interest rate shocker this week and pulled rates down even further, it would seem that this rate hike is not imminent, but that variable persists, and your financial success as a homeowner could hinge on your preparedness.

And while no one is suggesting interest rates would ever spike to the percentages of the early 1980s, even a slight rise is going to impact homeowners (especially those that are already stretched pretty thin). This isn't because Buyers have voracious debt appetites, but because, in a market constantly spiking in value, they've had to take on more mortgage debt than they'd like. Here's a past Dear urbaneer post where one of our clients wondered Should I Max Out My House Hunting Budget With CMHC Mortgage Loan Insurance?.  It explores reconciling buying Toronto real estate today. 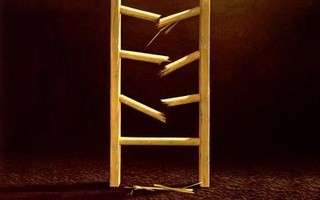 Although several of the banks have actually reduced their prime lending rate, making current borrowing even less expensive (here's “Canada's Big Banks Cut Prime Rate After BOC Move“), it still behoves homeowners to consider various scenarios, because of the variability both in interest rates and in property values – in both directions. What is threatened by an increase in interest rates? The structural integrity of that good ol' property ladder. We wonder “What if house prices and interest rates begin to rise together, to the point that the real estate values spike out of reach for the local market majority trying to gain entry?” In one scenario, those hoping to move up into larger housing will have to stay put because of a lack of Buyers for their places, driving a wedge into the natural ebb and flow of the market which could stagnate the market or freeze values. Alternatively, a simultaneous hike in rates and price could strain the ability for existing homeowners to refinance their debt, forcing them to abandon their property. Worse, a potential over-supply of product (like those ubiquitous point tower condominiums nearing completion) finding fewer Buyers could trigger larger decreases in values, pushing more homeowners or investors into negative equity positions. Either of these situations could happen – and in some cases already are from our experience in the real estate trenches – if Bank of Canada interest rates becomes untethered as we navigate global markets.

BUT, that's not to say any of this may happen imminently; the very dynamics of the market simply make it a possibility. And, as urbaneer has said time and time again, prudent purchases are good purchases. This means being able to employ patience in your housing search and show restraint in how you buy property. We’re here to temper your emotional response to house hunting with data and research, while supporting you in your search. Be assured: we’ve got the kind of experience that lets us have accurate foresight.

So, take heart. While it may feel hopeless in the heat of the market (consider reading April's Dear Urbaneer: Why Is The Toronto Real Estate Market So Hot?), allow yourself to be encouraged by prior house hunting generations. Ask any mortgage holder in the 80s and they’ll tell you: those were crazy times (and not just because of the shoulder pads!). Those that weathered it and employed a prudent, long-term 'buy and hold' strategy are reaping the rewards today.

As long as you purchase within your means and be prepared to sit tight, you will too.

House hunting is an emotionally strenuous activity. House hunting in Toronto pitches those emotions to the extremes. In this frenetic market you need guidance, support and expertise to help you determine what is best for your current housing needs and in the future too. It’s not just about the house; it’s about understanding all the supportive elements around it- like mortgage rates, affordability and long term investment strategy. We’re here to help!

Like what you've read? Consider signing up in the box below to receive our FREE monthly newsletter on housing, culture and design, including our love for unique urban spaces and other Toronto real estate.