For decades Moss Park – located just east of the downtown core between Church and Sherbourne – has been considered a fringe location. With concentrations of high-rise social housing, homeless missions and a mix of vintage cottages to newer infill townes and condominiums, the area is home to a mixed population ranging from marginalized to professionals. It's a fusion ranging from the underbelly of society to the uber-successful, who live cheek by jowl navigating urban life.

Given the diversity of the population, this area has been passed over by most commercial retailers, outside of the purveyors of cheap fast food, tertiary services like the camera shops, or brand name firms like Shoppers Drug Mart. It's rarely been a 'destination'

But that all changed with Moss Park's newest arrival – Carbon Bar. Opened by the owners of Nota Bene with Chef David Lee this past December, this larger than life culinary emporium is already an urban legend that is putting Toronto on the map. It's unlike any other place our city has experienced, thus far.

Formerly a Disney rehearsal space, TV studio and famed nightclub Electric Circus (no, not the MuchMusic version), the bistro encompasses a two-storey volume of space and is divided into a generous dining room, a central bar and a large bar seating area overlooking the street. Painted dark with suspended lighting and large banquette seating, this space is a mise-en-scene collision of Toronto culture. 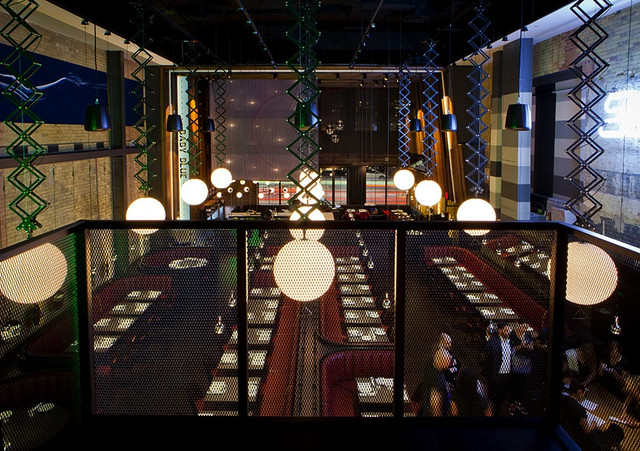 We made this destination our choice as a last minute Thursday night decision. We happily sipped our drinks at the bar while awaiting our text message that a table was ready. In those moments we admired the vast architecture of the space, the well-placed vintage neon signs, and the casually dressed wait staff.  In less than 20 minutes we were shown to a table in the bar seating area. 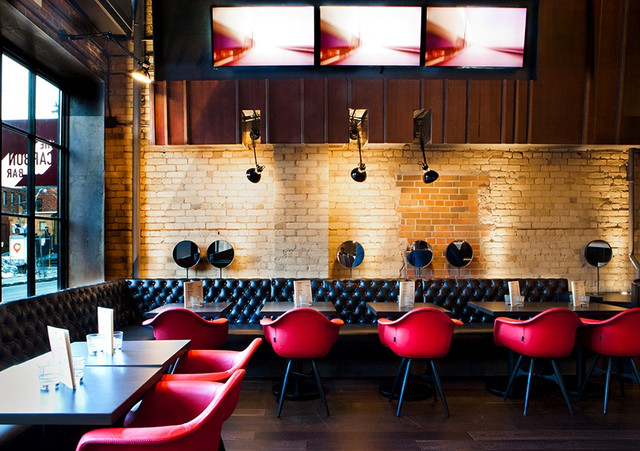 The service excelled while the food, aiming at ‘southern bistro’, didn't sparkle like the disco balls hanging overhead. But we weren't boo hoo about it. The people watching is what sets this place apart from other happening destinations. In one booth were the Russians, another the Persians, and, yet another, the gays. It's like Sochi without the sports, or the homophobia. Everyone is welcome and curious about the other patrons, making it all rather fun. 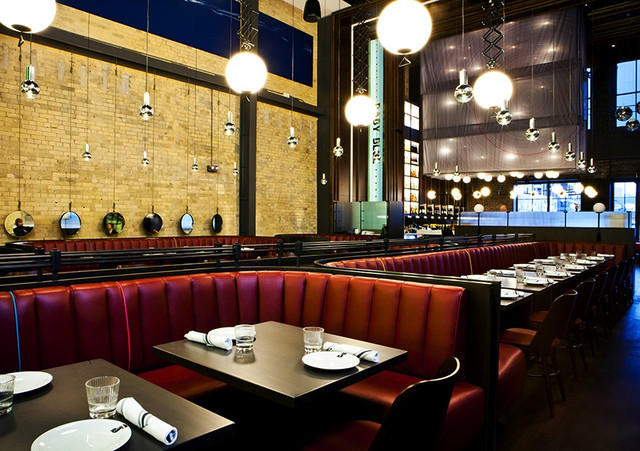 We'll be making a return trip to admire the space and try some different dishes. As far as we're concerned, this is a dynamite addition to the downtown east side.

Can you imagine strolling to this venue from your home in Cabbagetown or Corktown?  Check out this fab loft in 90 Sumach just minutes away!
Or check out these other Toronto Neighbourhoods we specialize in!

And please know we welcome assisting you!

**Photographs courtesy of the Carbon Bar