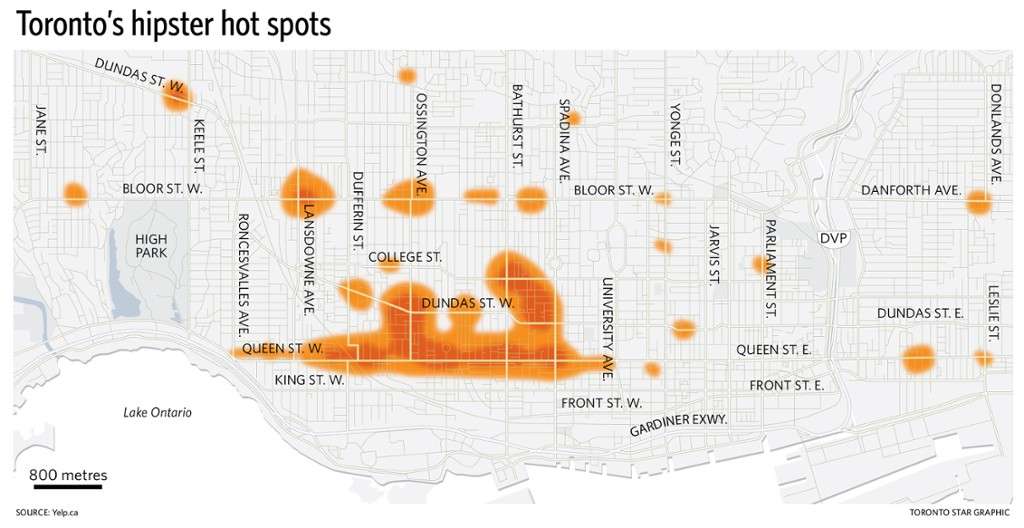 A funny situation is unfolding in Toronto.

According to The Toronto Star and Yelp, it appears a whole generation of Torontonians are collectively denying their subscription to the 'Hipster' lifestyle, while congregating in the same trendy locations. 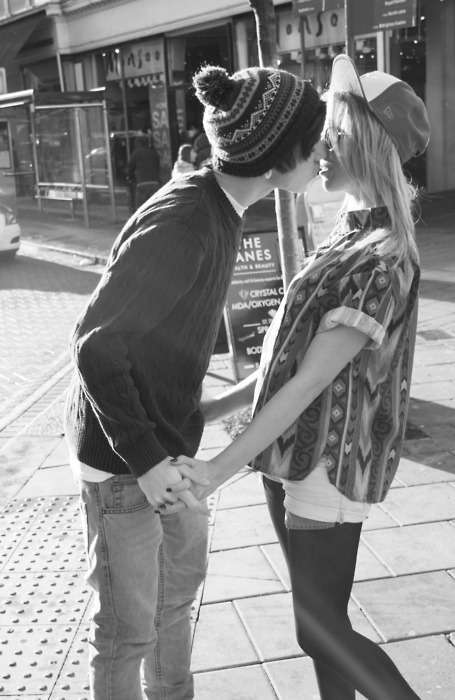 This living breathing paradox of dandies are cutting a fashionable swath along Dundas West, portions of Queen East and West, with nodal concentrations on Bloor West.

Which, may I point out, are all the hottest areas for real estate investment.

To prove my point, I was having a culinary orgasm with a fab client at The Whippoorwill Tavern on Bloor West and Lansdowne the other day (she just bought in the 'hood). As we slurped PEI oysters and listened to a lyrical BlueGrass Trio called The Sudden Valley Boys (the link is to a sample) we took stock of who was dining around us. Yes, as it turned out the diners represented every sub-culture who have arrived since the just-off-the-boat Portuguese and Italians of the 1950s and 1960s. These counter-cultures archetypes have slowly infiltrated these transitioning locations as follows:

= THE HOTTEST TIME TO SELL!

Click HERE for the Toronto Star article which shares how Yelp! came to create the clever map at the top of this post.

Incidentally, with all this press the Hipster Life is now officially mainstream, and therefore has now peaked and will begin to wane. Like Facebook.

Naturally, as someone who is cresting into middle age I rather adore the Hipster look and would be sporting it myself, were I not already scarred by the memories of my own 'Flock Of Seagulls' fashion foibles. 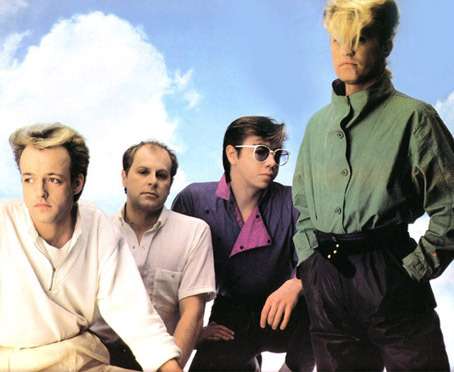 I can't wait for the next trend-setting look!