Autumn Appreciation at Clarence Square Near King and Spadina

If Autumn is your favourite season, now is the time to head outside and revel in the refreshing chill and beautiful colours that this season has to offer. As you would expect, the gorgeous photos of orange sunsets and rust coloured leaves are piling up all over social media. How can you resist jumping in and documenting the effects of this beautiful season yourself? 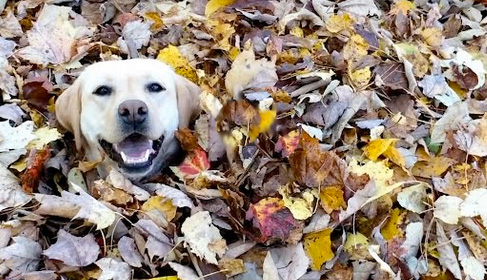 On a beautiful autumn day, we stopped by the historic Clarance Square and took a few moments to enjoy the unusually warm weather and admire the Autumn foliage. Located just a block south of King Street West, east of Spadina Avenue, this green resting space amidst the bustling city is one of the oldest parks in downtown Toronto. The relatively quiet and shady park often serves as a pit stop for tourists, a lunch lounge for those working in the area, and a social hub for neighbourhood dogs and their owners. There's plenty to occupy the pups in this picturesque park; occasionally squirrels race down the large trees, chattering at each other, while pigeons poke around competing for snacks.

The origins of the park’s name is unclear, but one likely possibility is that the square received its name from the third son of King George III, Prince William Henry, who was granted the title Duke of Clarance. The Duke served in the Royal Navy and became Admiral of the Fleet in 1811. After he ascended the throne as King William IV, Clarence Square was created by the British troops from Fort York in the King’s honour. This land was part of a lakeside promenade at a time when the shoreline of Lake Ontario reached the south side of Front street (before landfill pushed the lake farther south). Although there is no historic plaque to commemorate the history of the square, the plaque in the northwest corner honours Alexander Dunn, who in 1854 was the first Canadian recipient of the Victoria Cross.

The park is reminiscent of the squares created in London, England. Small but mighty, this charming park is always filled with visitors, but despite its popularity, the park still feels like a peaceful retreat in heart of the city. In summer, the giant trees provide shade from the sun – a nice cool break from padding the pavement. During the Fall, those trees turn a mixture of fiery orange, rusty red, and burnt brown, and on a day like today, you can’t help but stop and take it all in.

Whether you only have a few minutes to take a break, are enjoying a day off, or on a ‘staycation’, this is definitely a great spot for the urban dweller to relax. Take a seat in one of the many benches offered – our favourite is the set of benches positioned around the fountain in the centre of the park. A great cup of coffee, a page-turning book, and the soothing sound of the soft trickle of the water from the nearby fountain… those are the simple things that make the day special.

Much like Toronto, over the years the park has transformed to suit its citizens’ needs. One of the recent additions to the park is the fully fenced dog run to accommodate the neighbourhood’s large dog population. As the condo community grows, this off-leash dog area has quickly become party-central for city dogs. If your fur baby loves to socialize, this is a great place to make new friends. This generous size dog park has a pea gravel surface, offers two water dispensers and a few large trees offering shade during hot summer days and shelter from a sudden rain shower. Even on a cold day, spending time with your pooch here doesn’t feel like a chore especially when enjoying a sweet treat from Le Neuf. On the square’s north side, you’ll find quaint Second Empire style row houses that now host an eclectic mix of shops. One of them is a charming French cafe, Le Neuf. This delightful patisserie and bistro definitely captures an authentic Parisian vibe and offers delicious baked goods inspired by Parisian cafes.

A lovely spot to enjoy the last days of warm weather is the patio with ample amount of tables that look out at the enchanting park. For dog owners that frequent the Clarence Square dog park, this is a great spot to pick up a warm bevy while the pup is busy chasing the ball – or squirrels. Whether you’re running in for a croissant on-the-go or enjoying a weekend brunch, it’s all about quality. And whether your weakness is the sweet or the savoury, it's hard to go wrong here.

If you look out to Clarence Square from one of the row house patios, you can observe the gathering of people and animals enjoying this small preserve of nature in our big city. There is something about this calm oasis in the middle of a concrete jungle that gives us pause. How lucky are we to live in a city where we can have the best of both worlds!

Along with our faves like the chic Le Select Bistro or Forno Cultura Bakery, Clarence Square is yet another fabulous spot to discover in the King West neighbourhood. Wouldn’t it be lovely to have this charming and historic park only steps from your home? Check out this urban-chic residence we SOLD in 2017—> A Fashion District Perch In The Hudson On King At Spadina!

Have we piqued your interest in this neighbourhood or any of the other great Toronto neighbourhoods we specialize in? We welcome hearing from you!