In the story of the Toronto housing market, there are multiple plot lines that hint at the complexities and the intricacies that merge together to create current conditions. The market can appear contradictory in its movements, all at the same time fervent and notoriously fickle, ruthless and rewarding. What has begun to emerge more evidently too is the impact that this swirling market lands on the human element – namely the buyers.

In Part One of Urbaneer’s Toronto Real Estate Fall 2014 Forecast, we discussed the persistence of market fundamentals that continue to potentially pose a threat to the red-hot Toronto property market, as well as what sort of havoc a deep mismatch between supply and demand can deliver. We also explored some of the driving forces behind the gap that remains (and grows) between this supply and demand matrix.

In this installment, we will continue our observations with the condominium market, as well as explore some of the by-product phenomena that are emerging as a result of skyrocketing prices and scarce stock. 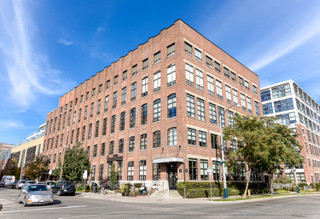 Urbaneer has long contended that if any vulnerability were to topple the Toronto market, it would rest fairly squarely at the feet of the Condominium market. Fortunately, housing starts are down now which portends a balance of this segment of the market, although it should be noted Toronto still has a jaw-dropping 56,000 suites under construction, as outlined in the Huffington Post business article called Toronto Condo Boom 'Looks Like' It's Over: BMO. As the market reveals itself further, we realize that the story has some other complexities.

Condominiums have been major draw for international investors, which can be problematic. Absentee landlords have different motivations from those who purchase and occupy their suites. There remains the possibility that, if conditions turn, and multiple investors liquidate at the same time, prices could fall rapidly.

Like so many things in the Toronto market, that which presents vulnerability also is what presents opportunity. This is another example of how technology has shrunk the globe. You are no longer limited by geography or space, but by your own capacity for information. In this case, unlike a couple of decades ago, technology makes information readily available for investors on Toronto property, including statistics on growth, values and even drone and property tour videos showing the landscape and finishes. This has facilitated the acquisition of these properties.

Canada also remains a favourable destination for investors because of global accolades promoting that we're a stable, progressive, liberated country (not to mention fashionable), which boosts investor confidence to buy here. These investments are also serving as housing for children of foreign investors coming to Canada to attend university. 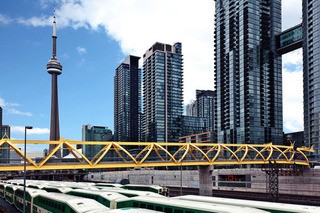 These towers are less appealing for local buyers for a number of reasons, partly because there is a risk that comes with sameness. If you are looking to preserve and grow your asset value in the condominium market, you are best served to have unique qualities, finishes and space plan. If you're a condominium buyer, please be aware our expertise at Urbaneer.com includes a speciality in unique urban spaces while keeping our fingers on the pulse, including those buildings which are problematic.

For example, the press has been rife lately with reports of “buyer beware” when it comes to these tower developments. This story, “Condo developer hit with $29 million class action suit” details problems with shoddy workmanship in mass condo production, which in this case, has resulted in faulty water valves and scalding. This article (The lawyer who is taking on Toronto’s condo developers) talks about that same case as well as others with condo developers, with buyers finding that there is a chasm between their expectations and the product that they actually got.

There is a growing concern of the quality of the workmanship as well in these mass produced developments. Economy of scale is one thing, but producing volume under tight deadlines can sometimes mean cutting corners. And then there is cutting costs too. In this Reuters feature “Canada condo boom rolls on as buildings fall apart“, the relationship between speed, volume and quality is examined. These buildings, in terms of asset value, are most decidedly short-term. The thinking is that they are not built to last, and that, in the quest to ride the market wave right now, developers are cashing in. Owners down the road may be facing large repair costs- either in their own units or with the buildings themselves. These towers, literally, are beginning to show cracks in the market. 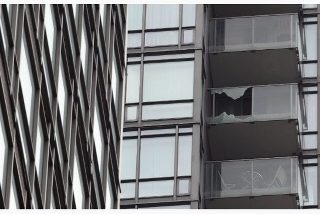 Photo Courtesy of The Toronto Star

In areas where there is massive development, we are also seeing less appreciation in prices, in part because of saturation of stock in these rapidly expanding high-density locations. Furthermore, we are also seeing less movement in the sub $450,000 new construction market, where some sellers in those same areas of development are only realizing a resale price similar or less than what they paid the developer four years prior. This can also be attributed to supply, but it also makes us wonder if the movement of boomers helping their 20-something kids get into this market segment is coming to an end. It's possible the majority of the local market have already made their first purchase.

Relationship Between Freehold and Condo

There is a relationship between the condo and freehold markets for sure. The condo market is also having an effect on the price appreciation in the freehold market by putting further pressure on supply, as we explored in Part One of our Toronto Real Estate Forecast.

Because the freehold housing market is so strong, many buyers are coming to terms with the fact that they won't be able to buy a freehold house in the city, so they're channeling their energies into finding the best of the best condos. This is propping up the market, which can give a false sense of strength.

A recent rule from CMHC means that housing can be purchased up to $1 Million for as little as 5 percent down, but anything that sells for more than $1 Million requires a minimum 20 percent down payment, which can be prohibitive for many. As freehold prices in the downtown core increasingly creep towards $1 Million, it means that existing house owners will only be selling and buying freehold houses while, due to affordability there will be less filtering occurring between the condo and house market. As soon as there is a significant gap between these two housing forms, the condo market will be less tied to the freehold market.

In other words, those buyers who don't have 20 percent down will have to buy a condo because that’s likely the housing type that they can get for under $1 Million in the central core. Otherwise downtown condo dwellers will have to sell and relocate to their house in the suburbs. Some are, but many others are not. 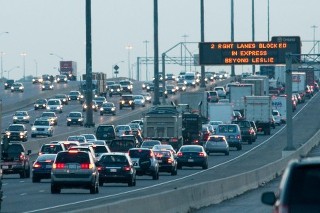 Despite some of the financial challenges associated with purchasing in the urban core, more and more people are citing the pedestrian lifestyle afforded by urban living is of paramount importance, and are willing to sacrifice an awful lot in order to get it. This Toronto Star article “ GTA home buyers prefer walkable neighbourhood, survey says” outlines findings of a survey on that subject. And here's some of our recent press on the Real Costs Of Commuting.

This marked movement away from the suburbs is not the only lifestyle change that is evolving as a consequence of the housing market. In fact the whole profile and psyche of home ownership is changing drastically.

The property ladder used to take a fairly common shape for most people. Home ownership was a rite of passage of sorts, followed by a series of other rites of passage as you worked your way up – and then back down as your life changes.

Not so anymore. For starters, home buyers are waiting longer to buy. This is in part due a lack of stock in some areas, but is also due to the rising house prices that require a larger down payment- or higher mortgage payments. It takes time to accumulate the wealth to support that.

This article from the Toronto Star, ‘First-time home buyers are feeling the weight of the housing boom”, shows findings from several surveys that indicate that first timers are shifting their expectations. They are spending more time living at home. They are deciding to rent for longer than their counterparts from previous generations.

What we see more commonly is the swift supportive action of the Bank of Mom and Dad, who are swooping in to inject their kids with their wealth, to help them climb that first hurdle into the market. This is no longer just happenstance. It’s one of those demographic forces that could really shape the trajectory of the market. Also, did you read about the Toronto Life article called Stuck In Condoland about the increasing propensity to raise kids in downtown condominiums? There's no question the property ladder is changing. 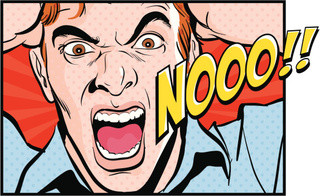 Then there is the whole issue of emotion.  It used to be that the emotion in a house hunt centred on falling in love with a property and nervousness around the gravity of the purchase, especially for first timers.

Now, in an intense market like that seen in the City of Toronto, it entails an entirely different dynamic. There is panic, despair, regret – tempered with huge shoots of euphoria when you finally crack that wall around home ownership. There is also a sense of urgency. What if I can’t get in the market right now? How will I ever get in?

At Urbaneer, we consider where the market is going, based on where it has been and where it is currently. This is the product of decades of experience and thorough research, coupled with a proactive awareness of market trends, that help us connect people with properties and to guide sellers towards top dollar.

It takes a bit of an iron will, vision, faith and incredible patience to endure the house hunt, depending on where you are looking. It also takes a great deal more strategic planning. This underscores, among other things the value and need of having help, support, kindness and educated direction on your house hunt – which is precisely what we do at Urbaneer. As one of Bosley's consistent Top Ten Producers, please know my team and I are here to help!

Like what you read? Consider signing up online here for our FREE monthly e-newsletter on Toronto real estate and our love for unique urban homes. It's yours without pressure, obligation, or hassle. Afterall, we're looking to earn your trust, then your business.