Navigating The Committee Of Adjustment For Toronto Real Estate

Welcome to this installment of my blog series called The Tales From Tennis Crescent, which shares my journey transforming a 1960s purpose-built duplex in Riverdale, Toronto, into my new Dream Home.

So far – since taking ownership a year ago – I've renovated the Garden Suite from a partially renovated open plan unit back to its original 2 bedroom layout. Although some building components did need some upgrading, this journey was mostly cosmetic. And enjoyable! In my quest to explore different styles, for this renovation I had the opportunity to infuse a 'Retro-Futuristic style vibe' that both respects the original architectural integrity of this mid-century modern home (no matter how blandly perfunctory it is in its design aesthetic) while inviting a bit more fun into its bijou floor plan.

Here are a few snaps of the recently completed Garden Suite interior: 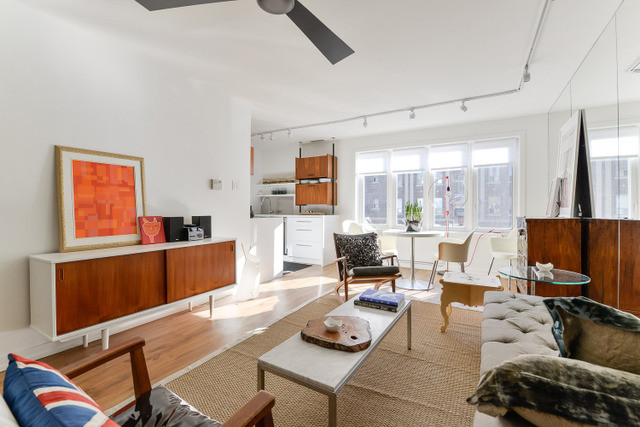 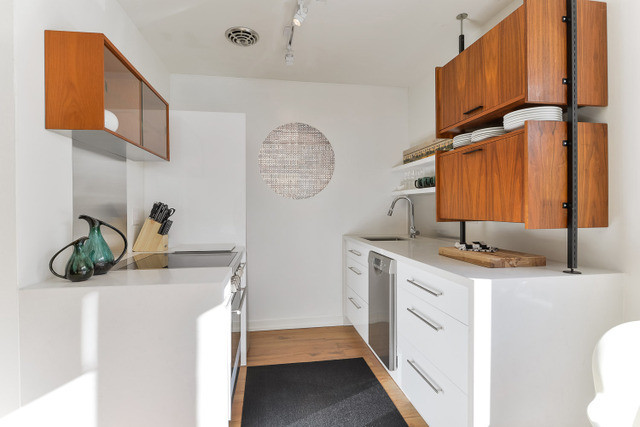 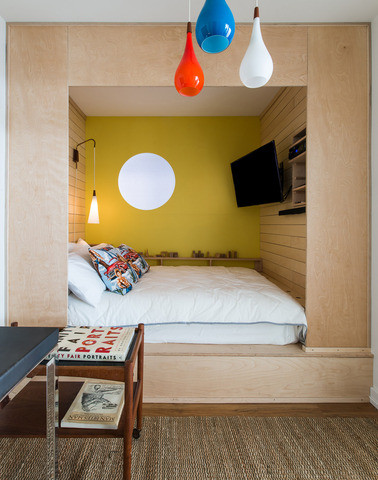 Now it's time for something major (as in 'this-will-take-a-year-before-I-can-move-in' kind of major).

My Application to Get Approvals for 13 Minor Variances

Over the past six months I've been navigating a redesign, and subsequent application to the City of Toronto's Committee of Adjustment for approvals to add a second floor rear addition, as well as a new third floor, that is increasing the size of the property from 0.6 times coverage to 1.14 times coverage. In fact, to the consternation of my immediate neighbours, respectfully, I made an application that requested 13 variances to the existing zoning. These included the following:

1) The maximum permitted building height is 10.0 metres. My altered dwelling will have a height of 10.78 metres

5) The minimum side yard setback is 1.2 metres. The dwelling already – as built – is located 1.07 metres from the east lot line (and on the west lot line as it's a semi-detached house).

7) The minimum side yard setback is 0.45 metres where the side wall contains no openings. My proposed 2-storey box bay window on the front facade, which I propose adding to the existing dwelling, will be located 0.13 metres from the west lot line (that is attached to my neighbour).

8) The minimum side yard setback is 1.2 metres where the side wall contains openings. My addition, on top of the existing structure, will be located 1.07 metres from the east side lot line.

9) The maximum permitted depth of a semi-detached dwelling is 14.0 metres. My proposal has a depth of 20.33 metres.

How Does One Get Approvals for these Minor Variances?

In order to do this, the following information had to be prepared and supplied in advance of the Hearing.

1) An up to date Plan of Survey showing the property as it exists now on the lot was prepared by the Surveyor Speight, Vonnostrand & Gibson at an approximate cost of $2500

2b) Architectural Floor Plans, with all rooms labeled as to use and indicating existing and proposed windows and entrances

2c) Elevation Plans, for all sides of the building where new construction is proposed, and indicating height, grade and window and door opening

These preliminary drawings were prepared by the architectural firm Fine Line Designs for about $2500.

3) I enlisted Alex Karney from Urban Forest Associates Inc. to prepare an Arborist Report that analyzed the existing trees and addressed any impact the additions and alterations will have on them. Given my neighbour has a large tree just a dozen feet from the house, early on I explored proposing the rear additions be constructed on helical piles so as to not impact the root system. The report reviewed the potential impact in detail, as well as made recommendations on how to mitigate potential damage, along with the recommendation I plant an additional tree at the rear of the property, all of which I found agreeable in advance of submitting it to the Committee. The cost for this report was about $650.

4) An Engineering Assessment by Frank Infante from Engineering Link Incorporated addressed the structural requirements to execute the addition and alterations to demonstrate validity, at a cost of around $750. This was provided to the Committee as well.

Even with my multi-disciplinary education in housing – including my graduate degree called Planning Housing Environments – I considered it essential to hire an urban planner to steer me through this process. I hired Urban Planner Sharyn Vincent to steer me through the Committee of Adjustment process.

Along with a site visit, Sharyn analyzed the neighbourhood applications for comparison, submitted the Preliminary Project Review, liaised with the arborist, and then prepared and submitted the application. This included reviewing the circulation materials and notice for accuracy, tracking the notice responses, preparing and submitting supplementary materials to the Committee, and representing my application at the Hearing for a cost of around $5000.

There were also City fees which tallied at just under $2500. This sum includes the $170 fee for searching neighbouring variance decisions; $135 for land use data search of neighbourhood (# of units, lot size, gfa etc), the initial fee of $497 for the preliminary zoning review and around $1497 for the variance application.

Once the Committee of Adjustment Application is Made 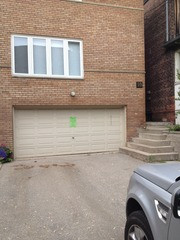 A sign – prepared by the City – is posted on the property in advance of the Hearing. Residents within 190 feet of the property also received notification from the City in a letter outlining the proposal.

When the Committee of Adjustment Hearing Notice was attached prominently to my property two weeks prior, I delivered a letter of introduction with all the pertinent drawings to all my impacted neighbours. Given my house is opposite a four-storey Edwardian apartment building, only 32 neighbours needed to be contacted, which included the houses on the street north facing the rear of my property, as well as the houses running down the length of my street, including some across the street east of the Edwardian apartment building. I followed this up three days later with a second summary of the proposal, a handwritten note thanking my neighbours for considering my application and encouraging them to call me with questions, along with a Letter of Support for willing neighbours to sign and post back to me in the self-addressed stamped envelope. Of the 32 packages that were delivered, I received 8 letters of support in time for the Hearing, and one thereafter.

The Committee of Adjustment Hearing

In advance of the hearing I knew there would be at least two opponents, being the neighbours on either side of me. As it turned out, the owner of the dwelling that abuts the rear of my property also showed up. None of these three owners were open to my third floor addition. Even when the Committee of Adjustment sent us out into the hall to see if we could agree to a resolution, it became quickly apparent we were at an impasse. As you can see in the photo below, the pair of 1961 semi-detached dwellings – of which I own the one on the right – were sandwiched into a reverse ravine lot between two original 3-storey vintage dwellings. The front of the lot was excavated for the drive and access to the garages, whereas the neighbouring houses walk up a small incline to their front porches and doors. 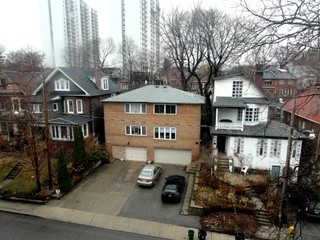 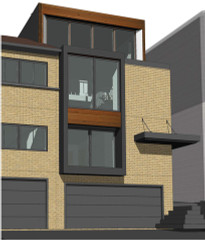 My position was that my third floor addition would be set back eight feet from the front facade so as to minimize impact to passersby on the street, and be of a height that matched the neighbouring houses. My proposal included a longer second and third floor rear addition that was narrower than one might otherwise request, as I felt building narrower and longer would be an appropriate precautionary measure to ensure the construction had less impact on the root system of the massive trees at the rear, which you can see in the photo above. While I respected my neighbours' concerns, I still considered my request appropriate and minor.

At the Committee of Adjustment Hearing, the owner or his agent (in my case Sharyn) systematically outlines the proposal and rationale, followed by those opposing the proposal who can express their concerns on the provision they cannot repeat any issues already tabled by a preceding neighbour. After all in opposition have spoken, the owner or his agent is entitled to a rebuttal to any of those concerns in advance of the Committee making its ruling. In my instance the concerns expressed included:

2) my attached neighbour was concerned over their quiet enjoyment, the integrity of the construction, the aesthetics of the addition, and their loss of privacy from the second floor balcony proposed in my plans.

3) the east facing detached neighbour didn't want to lose the light and view of the CN Tower from her tenant's third floor bedroom window which abutted our mutual lot line.

The Committee addressed each of my neighbours concerns by saying:

1) the Committee commented that the distance of my rear neighbour's house from my own is significant (over 80 feet), making the impact of privacy and light pollution minor.

2) the Committee does not address the issue of quiet enjoyment (we have noise by-laws to adhere too), construction matters (permits are required), or aesthetics (which are subjective). They did agree that an opaque screen should be attached on the west side of my second floor balcony to provide some privacy overlooking their back yard.

3) the Committee does not believe anyone owns a view of the CN Tower, and that it had no bearing on the proceedings.

My application was unanimously approved, following 21 days of appeal by the neighbours that could have required me to make an application to the Ontario Municipal Board at a significant expense (upwards of $20,000). Phew!

Once I had completed my design and application drawings (which took me 3 months), the application process took a further three months. And I gotta say it was extremely stressful. After all, who wants to be the subject of scorn by your immediate neighbours and the duress of mounting costs?

Now that the approvals are firm and binding, the next steps are creating construction drawings to submit to the City for permit, and coordinating my construction team to embark on what will be a massive undertaking. All I can say is this is not for the faint of heart. Even with all of my experience in development, I'm finding it overwhelming at times, but isn't that the price of admission for pursuing your Dreams?

~ Steven and the urbaneer team
earn your trust, then your business