I LOVE the Queen West Art Crawl – a festival of creativity and community which takes place annually in mid-September. This year it's September 12th to 14th, 2014.

Originating as a one-day event in 2003, the annual Queen West Art Crawl is now a weekend-long festival celebrating the local community. While it encompasses multiple locations, it's centred at Trinity Bellwoods Park with an outdoor art show, walking tours, and even a KidsZone.

The Queen West Art Crawl celebrates the character, diversity and ethos of this dynamic neighbourhood, recently anointed as uber-hip for Global Street Style in Vogue Magazine. While the neighbourhood has been gentrifying for a couple of decades – with values that have becoming prohibitively expensive for artists – it has a long been regarded as Toronto's incubator for individual artists, arts organizations, artist-run centers and businesses that promote art and culture. 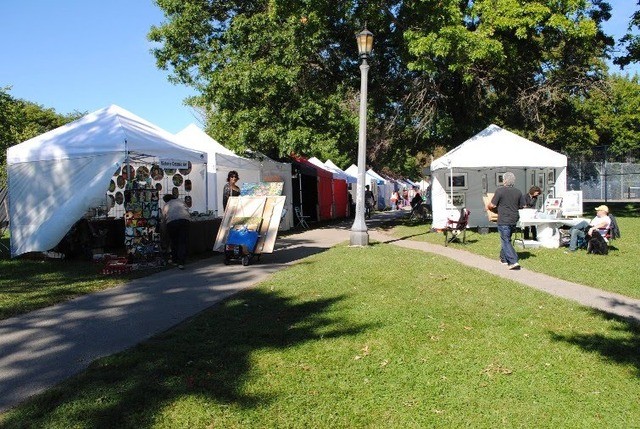 As an art lover and collector, I've been attending the Crawl for several years. In fact, my collection has grown so much even my washroom walls are filling up. 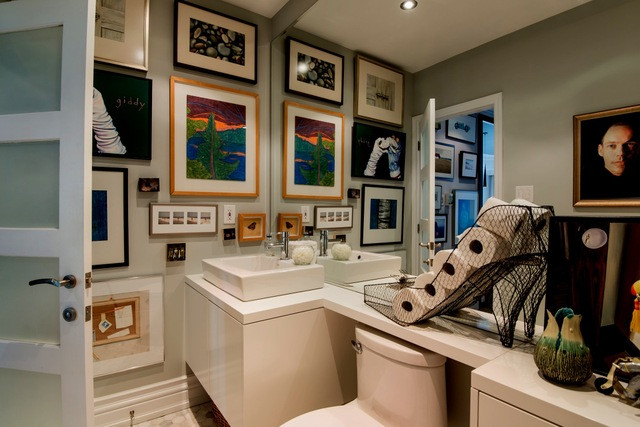 While people often raise their eyes in surprise, I'm a huge fan of displaying art in washrooms, as I wrote in this piece called Queen West Art Cache Part 2!

In it I share my affection for small art which I consider magical… like a small gift you always cherish that you can carry in your pocket if you like.

The first small piece I bought in 2012 was by artist David Oxley. This wee 3″x6″ painting of two wrestlers was $60. 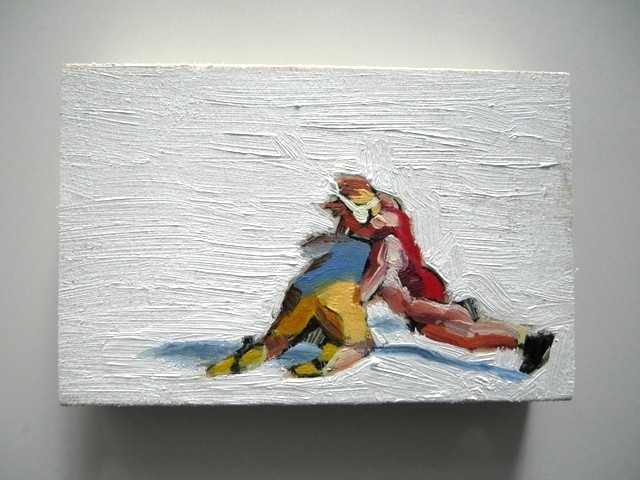 Being a housing-obsessed realtor, the series of 3″x5″ 'Doors' by Sarah Tacoma left me captivated at the 2012 show. While I coveted her entire collection of ethereal photographs covered in beeswax, I ended up buying the classic robin's egg blue bungalow in the middle two rows down. The cost? A well-priced $50. 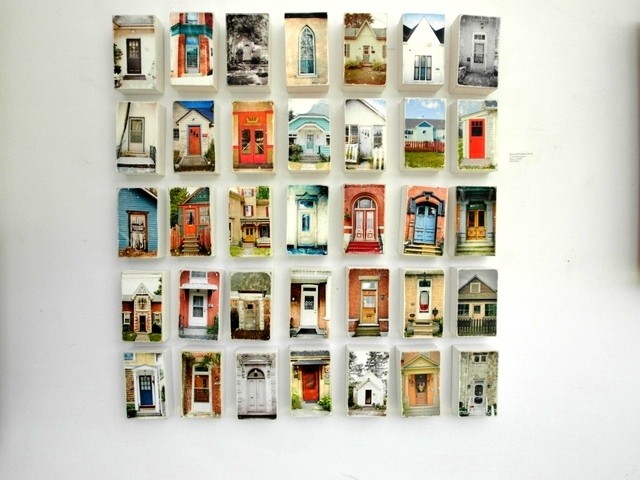 Are you new to collecting?

Here's an urbaneer post called The Art Of Displaying Art!

And definitely check out The Queen West Art Crawl!

Curious to learn more about this neighbourhood? Here's our neighbourhood profile on Queen West including flavour video, census data and postings on area amenities and events!

Like what you've read? Along with our forte selling unique urban spaces and other Toronto real estate, our FREE monthly newsletter explores housing, culture and design in Toronto. Consider signing up in the box below!

Previous Post
September 2014 Home Of The Month – South Annex
Next Post
The Danforth East Arts Fair Is This Weekend!