Welcome to our latest Tales from the Real Estate Trenches.

As realtors who work with both Buyers and Sellers – of both condominium and freehold housing in the City of Toronto – we consistently decipher the multiple oscillating variables that comprise our multi-faceted Toronto real estate market. In fact, our excellence is attributed to our commitment to always engage in each of these four dynamic aspects of housing.

Fast forward 10 weeks since posting these forecasts and the story gets an added little twist, now that a new report draws light to the widening price gap between two property types: that of low-rise detached, semi-detached and townhomes versus the high-rise condominium market.

Real estate research firm Real Net, along with the Building Industry and Land Association (BILD), chronicles the spike in the record-setting price gap between low-rise and high-rise housing, which this past year hit just over a whopping $251,000. To put this in context, back in 2012, the average price difference registered at $75,000. For 2014, the gap widened dramatically, with the average price of a low-rise home in the Toronto area rising to $705,813 in 2014 – marking an 8 percent jump from the year prior – compared to the average price of a high-rise unit rising only 4 percent to $454,476.

Well, a lot of it focuses on the issue of… 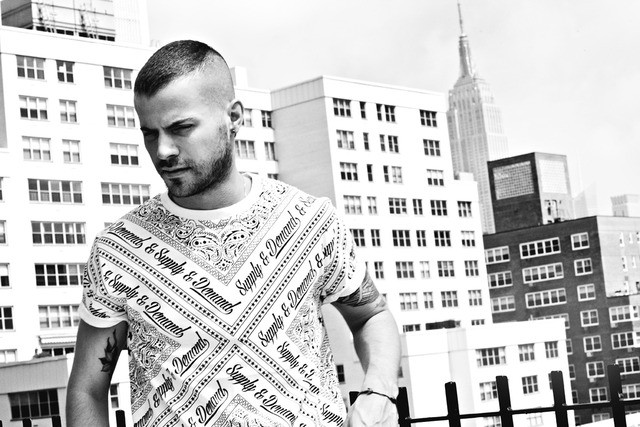 When it comes to driving economic inertia, there are no more powerful tools than that of supply and demand. The width of the gap between the two has significant power, both in pushing and pulling prices in either direction.

In the downtown Toronto real estate market, the scarcity of low-rise housing stock continues to push these prices ahead at a considerably quick rate. Meanwhile, developers continue to develop all those empty parking lots downtown (which were once the locations of industry) or tear down low-rise freehold housing to build new high-density stock. The new condominium suites are increasingly smaller – both in an effort to keep the acquisition cost affordable while serving the demand of a younger demographic and the investor profile. In addition, this makes value appreciate more moderately, statistically speaking . Meanwhile, older obsolete low-rise houses are being torn down. If they aren't in locations where high-density is approved, they're subsequently redeveloped into luxury housing for affluent professionals. These low-rise homes are more expensive to produce – given they're being built as large as possible – often double the size of what preceded them – while being slathered in all the fashionable finishes that the affluent gravitate to. This makes them increasingly out of financial reach for many homebuyers, particularly those Buyers who are trying to climb the property ladder out of their condominium high-rise and into the low-rise housing market.

In this Globe and Mail story entitled, “Price Gap Between Toronto Houses, Condos Hits Record High”, RealNet president George Carras is quoted as saying, “It’s creating a bit of an extremity condition in the market. Living in a ground-oriented home is really becoming further and further out of reach.”

Another critical factor for the burst in price appreciation lands squarely on our low interest rate environment (which the Bank of Canada made a further mark yesterday by taking the dramatic route of a rate cut, which is significant. Did you know this is the first move the BOC has made since 2010, citing the collapse of oil prices as their motivation? Here's our own comments in a Reuters article called Canada Surprise Rate Cut Keeps Housing Party Going). However, when it comes to this wide price gap between housing types, there is suggestion that the influences and the dynamic are more complex. 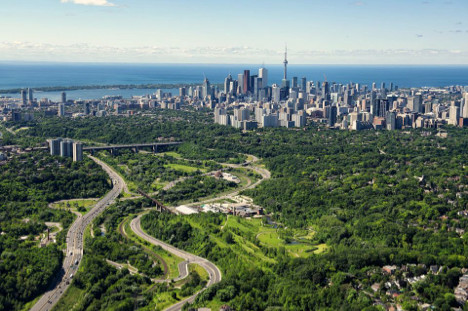 Strict policy and restrictions around land use – from both provincial and municipal bodies – are impacting builders’ ability to construct new homes. There still exists a decade old provincial policy meant to encourage high density housing through policy and incentive; this policy is, in part, driving up the number of new condominium developments. The inability to create (or make available) new low-rise housing makes those prices appreciate even more.

Talking about the same report, Carras, in an interview with the Financial Post, entitled, “Condo Option Gains Ground As Price Gap With Low-Rise Homes Soars To Record $251,000”, is quoted as saying that “the desire to curb sprawl and encourage intensification has led to the continued condominium boom in the 416, spiking home prices, and a widening price gap between low-rise and high-rise housing product.” He goes on to suggest that the gap will continue to widen as long as the provincial policy stays in place.

It’s also about location location location. With much of the new high-rise condominium construction centred in the City of Toronto, the price chasm resonates more dramatically there – where both land and low-rise housing are at a premium. High-rise condominium living is essentially the only go-to-housing option for a growing segment of the home-buying population. Basically, if you can't pony up the minimum $600,000+ to acquire a habitable low-rise freehold structure in the City, then your only option is the condominium.

To illustrate this, during the month of December – in the geography spanning Coxwell Avenue in the east to the Humber River in the west, and from Lake Ontario north to St Clair Avenue (encompassing 8 MLS Districts including the city centre) – there were around 149 low-rise listings and 1368 high-rise listings for sale. That's roughly ten times more high-rise condominiums for sale than low-rise property. More telling are the sales stats. 208 low-rise properties sold in December and 351 high-rise units traded. Basically 3 out of 4 low-rise properties sold in December but only 1 out of 4 high-rise units secured a Buyer. Think about it, the low-rise housing market is one-tenth the size of the high-rise market, so demand is fueling competition resulting in bidding wars and a spike in value, whereas the high-rise market – being ten times larger is trading at a pace which is inverse to the low-rise market. The sale prices also reinforce the gap in values between these markets. With demand for high-rise properties less intense than low-rise, their values are not escalating as fast. Incidentally, the average price of a low-rise sale in December in these 8 MLS districts was $893,210, whereas a high-rise housing sale averaged $489,714; this falls in line with the statistical difference BILD calculated for the City as a whole.

Statistics like these translate into a real-life impact on buyer behaviour. Price point is a driver, for sure, with high-rise condominiums being on average 54% less expensive than low-rise housing in the downtown core. With high-rise housing being the more affordable option – and more of this housing form being constructed in the city centre – it demonstrates how more people are favouring the urban lifestyle, and are drifting inwards from the suburbs. Certainly more young professionals are drawn to the possibility of working where they live, but there is also the increasing desire to eliminate the headaches associated with a daily commute (Did you read our extremely popular post called What are the Real Financial, Emotional and Health Costs of Commuting?) All of these factors, along with the scarcity of low-rise stock in the urban centre, suggest that what has begun as a trend may solidify into market characteristic in the longer term.

Are you fascinated by the storylines of the Toronto real estate market, or do the inherent dualities and complexities strike fear in your house hunt? At urbaneer.com, we invest our time both in understanding the dynamics of the market as well as determining the best place for you in it – which happens when we invest in our relationship with you. It’s about gathering all the information – past and present – to help you shape your housing future.

Instead of navigating with trepidation, consider enlisting the service of the urbaneer team. We’re here to help, all without pressure or hassle!

– earn your trust, then your business –

Tales From The Real Estate Trenches